DO YOU HATE GOD?

There is no wisdom nor understanding nor counsel against the LORD – Proverbs 21:30

Apostle Paul said that because Christ loves him, He gave Himself for him.

We can infer a theorem from this -that when God loves you, He will give you His life.

In mathematics, whenever we establish a theorem, there always has to be the corollary – something that follows as a result of what we just established. The corollary to our newly established theorem is in Proverbs 8:36:

But he that sinneth against me wrongeth his own soul: all they that hate me love death.

Herod was a man who hated God; he did everything he could to hinder the work of the Lord and he died a shameful death.

After his death, the Bible says, “But the word of God grew and multiplied” (Acts 12:24). Anyone who tries to stand in the way of the Most High God hates Him and is calling for death.

Some time ago, in another country, we wanted to dedicate a new parish, but in the process of trying to get the necessary approvals, a government official swore to prevent it. My children called me to report the incident and, believe me honestly, I didn’t even bother to pray about it.

On the day of the meeting at which this government official was planning to have our application rejected, he put both feet into one trouser leg.

While struggling with the trouser, he fell, hurt himself and was rushed to the hospital. He died with both legs still in one side of the trouser.

You may claim not to oppose the work of God as directly as that.

Do you discourage other people from submitting to the authority of your Pastor and the Heads of Departments? Do you steal money from the Church’s purse, thereby making it more difficult for God’s work to be done? You are hindering the work of God and anyone who does so is toying with death. A word is enough for the wise.

I Am So Glad That Our Father

Is there anything you are doing to hinder the work of God in your local assembly or environment? Desist from it now to avoid sudden death. 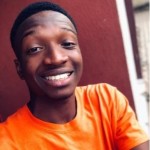